Sergeant Camniel has taken command of 9th Devastator Squad, 5th Battle Company in my Dark Angels strike force for Warhammer 40k that is getting reinforced at the moment.

The Sergeant has been painted from scratch over the last couple of days to replace a different model that will instead lead a second Tactical Squad. With his bolter, auspex/signum and target acquisition index finger, he was making the ideal candidate for the newly vacant position. 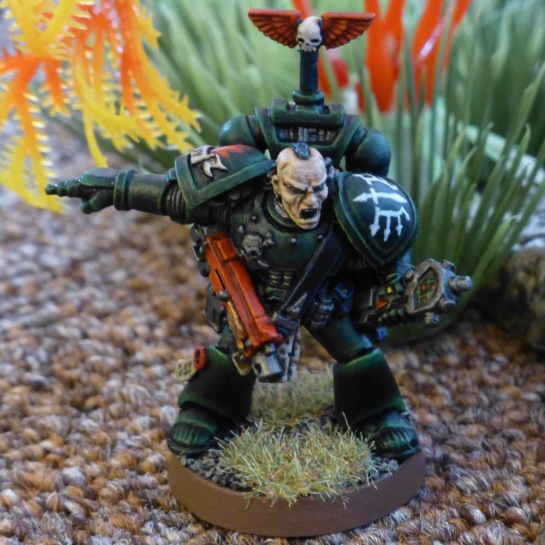 Sergeant Camniel designates a priority target to take out

The Marines under his command are Space Crusade figures that have been painted back in the mid-90s. Some of them were converted to shoulder mount their weapons, as was doctrine back then. As a little upgrade I swapped their left hands out against standard issue Space Marine gloves where before they were using filed down plastic Space Ork hands. 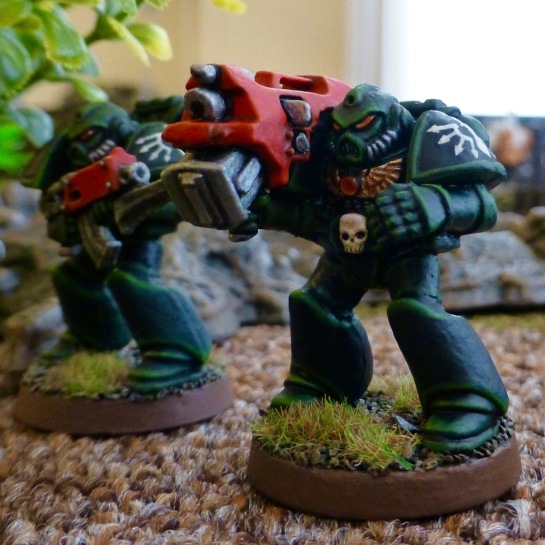 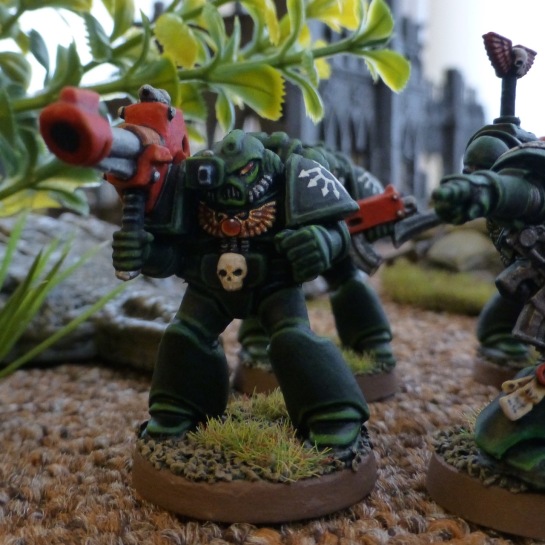 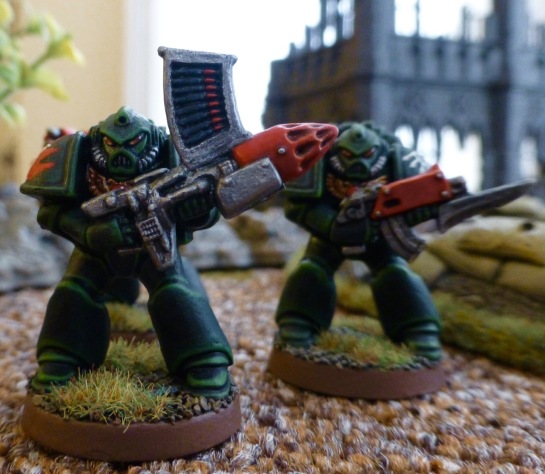 I started work on this Dark Angels Tactical Squad with the release of Angels of Death in 1996 and finished it today. I think that’s my personal procrastination record.

Sergeant Sariel commands his Dark Angels in the field

The last model to finish was Sergeant Sariel who had been 3/4 painted but received a new backpack (and chopped off cultist head) from Dark Vengeance. This guy is one of my favourite Space Marine sculpts to this day. I especially like the grim, scarred face and the accessories, which clearly identify him as a Dark Angel without going over the top.

The other late addition to the squad is this Tactical Space Marine with plasma gun, which I’d taken from the Space Crusade board game. I tried to create a glowing barrel effect but it didn’t really work out. I’ll eventually repaint it in metal, unless it starts growing on me.

The squad is equipped with a range of wargear patterns

I used long lost art supply paints originally on the models so I wasn’t sure if I’d be able to match the colours using my current Citadel paints, but they all blend together well enough.

After decades of distinguished service with 9th Devastator Squad, Sergeant Zadkiel has been reassigned to 5th Company’s 3rd Tactical Squad.

Tactical markings for the 3rd Squad 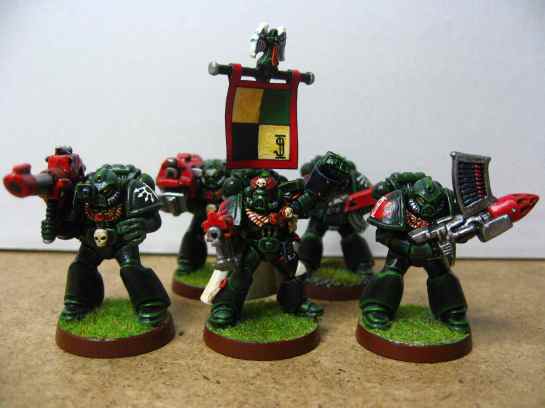