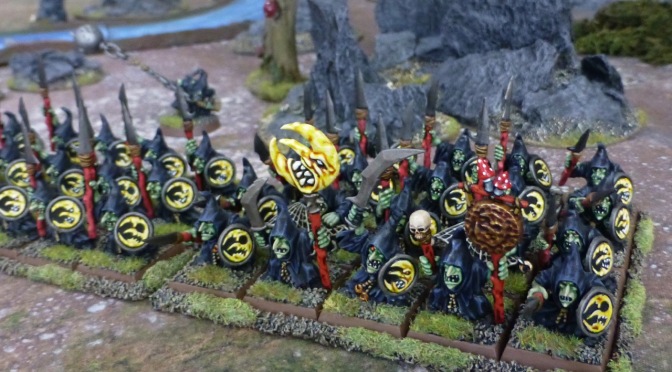 The second mob of 35 Night Goblin spearmen is complete and joining the fray. As before, I have added netters and a Fanatic to the ranks for maximum mayhem.

I have more Fanatics to paint up that are not included in my starter army list. In battle, each mob will be lead by a Big Boss, turning it into a respectable fighting formation. A standard, full rank bonus, five extra spear attacks, a 5 in 6 chance of the attackers losing a point of strength – as long as they don’t have to take a leadership test, these guys are doing alright.

14 thoughts on “Doubling Up”

This site uses Akismet to reduce spam. Learn how your comment data is processed.